Celebrate Your Writing Your Own Way: A Conversation with Nathan Tavares 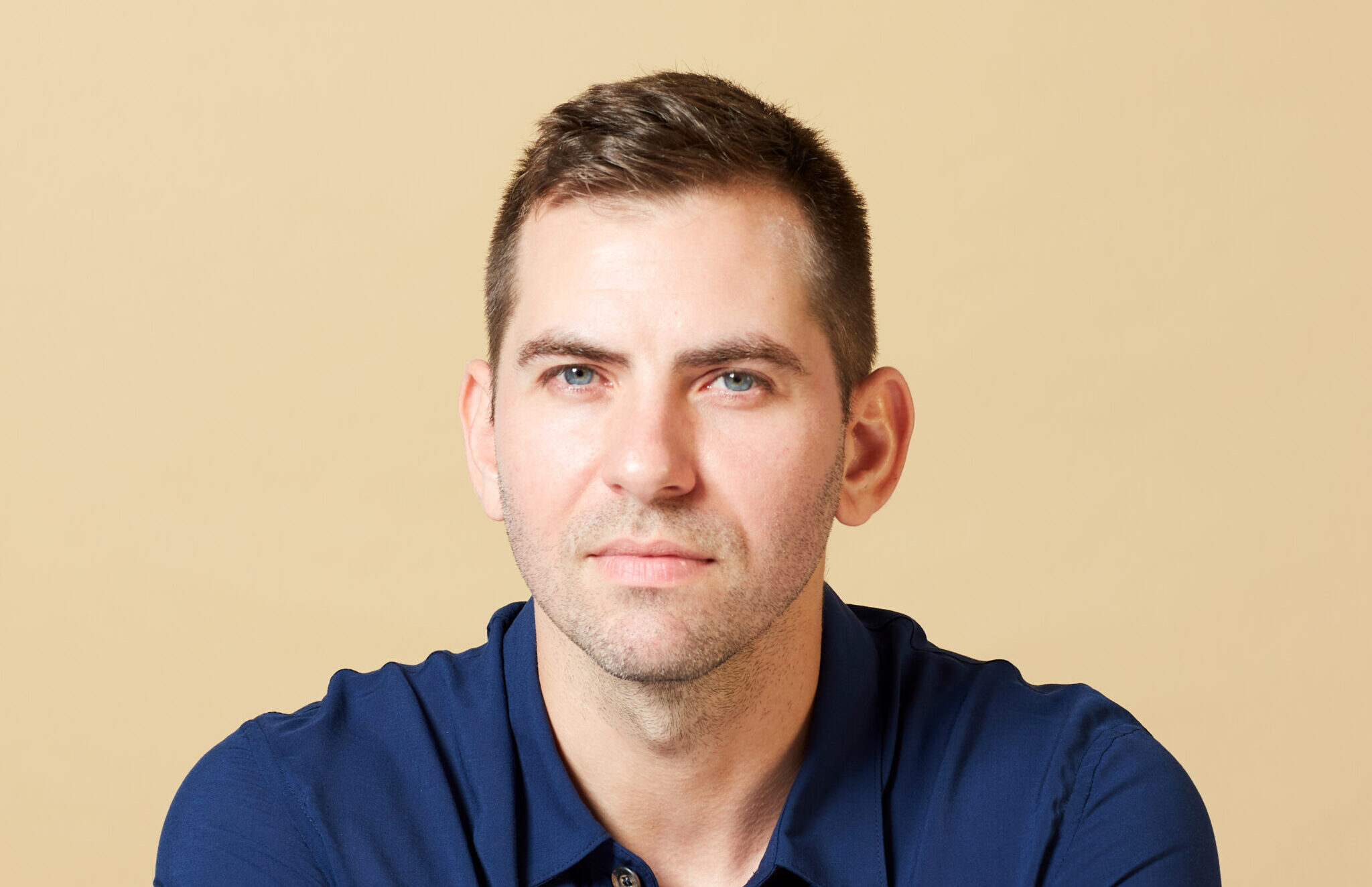 With forthcoming novels in both 2022 and 2023, alum Nathan Tavares has learned to separate the art of writing from the business of publishing. He speaks with fellow fiction alum Julia Leef about his experience as a freelance journalist, the different muscle required for writing short stories, and his approach to realistic goal-setting, including breaking tasks into smaller chunks, “stretch” goals, and thinking in threes.

NATHAN TAVARES writes fiction, sometimes about benevolent frauds, time travel, and the terrible and/or wonderful things people do for/to each other. His writing has appeared in PANK (“Ava” , “Interior Spaces“), Necessary Fiction, Daily Science Fiction, and elsewhere. He is also a freelance journalist with a special interest in queer issues and boosting the work of historically excluded voices. 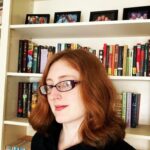 What was the first thing you did when your agent told you your work had been acquired?

I’ve been on submission before with another book, and it’s such a weird and nerve-wracking experience. It’s really easy to fixate and stress out about things that you have no control over. This time around, I tried to be as grateful and detached as I could. Thinking, like, “If nothing happens, you can feel really proud that you wrote a book you love, and the best thing for you to do right now is work on something else.” My agent told me that there was interest from Titan in July 2021, and after the initial freakout of happiness, I spent the rest of the summer trying to be even-keeled. Trying. Getting excited but also keeping it close to my chest in case things didn’t work out. But when I signed the contract in October 2021 and things were “your book has just been acquired” official, I absolutely ran around the house screaming, laughing, and jumping on the bed.

It must be so difficult having to sit on that information until it’s official. I think a lot of non-writers don’t realize how slowly things move in the publishing world. A Fractured Infinity is due this year and then you have a second, standalone sci-fi novel coming out in 2023. Were you working on both simultaneously? Do they share any common themes or inspirations?

And a few months is pretty quick! I know writers who have been waiting around for contracts for six months. About my second novel coming out in 2023, it actually started as one that I wrote previously that didn’t sell. During contract negotiation, my agent asked what other work I had, and I mentioned “hey, I have this entire complete novel kicking around.” I was thinking I could revise it pretty quickly. Titan bought it, and when I went back to revise it I realized, “oh man, I can’t follow up A Fractured Infinity with this.” It felt like a step backwards. It was an alright book, but I’d started writing it ten years ago. I’d changed so much as a writer and as a person since then, and really found my voice. I remember Michael Lowenthal, who mentored me twice at Lesley, gave me some great (and deceptively simple) advice when I turned in a story that didn’t quite work: “Try Again.” Once I brushed off the initial panic, I took kernels from that existing book and completely started over. I’ve been rewriting it simultaneously as I’ve been working on the last legs of A Fractured Infinity. They are definitely both inspired by the concept-y sci-fi films I love so much (this one has shades of Eternal Sunshine of the Spotless Mind). They’re both non-linear and focus on queer relationships that are grounded in lived experience.

It’s amazing how well that trick of completely starting over can rejuvenate a stagnant piece, although it must feel very daunting to do for a novel. When you have an enormous task like that in front of you, or you feel the pressure from a deadline or a blank page, what methods do you use to help yourself push through and get it done?

Hooboy, that’s tough. For me, it’s about realistic goal-setting. I used to create these overly ambitious to-do lists and then be really hard on myself when I (of course) didn’t get everything done. Right now I’m all about “what can I reasonably complete today/this week and what are my stretch goals?” The amount of work I can get done in a week varies pretty wildly based on a number of things, like what freelance pieces I have due, and how I’m mentally and physically feeling. To push through pressure, I break things up into smaller chunks. Writing chapters, or writing 500 words a day is way, way easier to wrap your head around than completing a novel. Lately it’s been helpful to think of things in threes. If I’m having a tough day, maybe 300 words is a win. If I can hit that, maybe writing for three hours with minimal distractions means a successful day. Or having three really good writing days in a week is huge. After that third day it’s easier to come to my desk and feel like I’m not stumbling around so much.

You have quite the portfolio as a freelance journalist, with a special interest in queer issues and boosting the work of historically excluded voices, according to your bio. How long have you worked freelance and what are some of your favorite pieces that you’ve done?

I’ve worked freelance since 2010, stopping a few times to hold full-time editorial jobs at magazines, with a couple of marketing jobs thrown in. I switched back to freelancing full-time in 2019 once the last magazine I worked at, The Improper Bostonian, shut down. It’s hard to pick a favorite because I tend to get personally invested in the stories I work on and the people I talk to! One of my favorite pieces was Caftans in Quarantine, my first for GQ. The core part of the story was that this gay Middle-Eastern American guy founded a successful genderfluid caftan line called Kaftko during the pandemic. I was working on the story around the January 6th insurrection in the Capitol, and for me, it was a way to focus on the inclusivity and promise of America during a really dark time. Another one of my favorites was writing about a new permanent exhibit, called Our Story, at the Pilgrim Monument and Provincetown Museum to mark the 400th anniversary of the landing of the Mayflower. The exhibit is from the perspective of the Wampanoag Nation, who’d basically been excluded from the narrative. It was another moment of “oh yeah, we weren’t taught the full history of America as kids, and it’s our responsibility to learn more.”

You also have a long list of short stories published in addition to your freelance work and your upcoming novels. When you were first starting out as a writer, is this the sort of career you imagined? Is there anything you’d like to try that you haven’t yet?

Thank you, that’s really kind! When I was first starting out as a writer, the only career I really imagined was one that let me tell stories in whatever way I could, if that makes sense. I remember being in a seminar at Lesley with Kyoko Mori and she asked us all to introduce ourselves and what we wrote. After the third or fourth person basically said, “I write short stories but I really want to write novels,” she stopped the intros to laugh and say something like, “I just want to say that short stories are a valid genre and you don’t have to apologize for writing them.” That’s really stuck with me. I love writing and reading short stories. They’re such a different muscle. There’s so much discipline about plotting and pace you can learn through short stories. When my short stories started clocking in at ten, fifteen thousand words I thought, “alright maybe I should explore a medium with some wiggle room on length.” Moving to novels was a challenge that I was really excited about. I would say that I’m really influenced by movies, so I’d love to learn more about screenwriting soon.

I absolutely agree that writing short stories is exercising a different muscle than novel writing, and I’m so glad Kyoko took a moment to defend them. Is there anything else you’d like to talk about that we haven’t discussed?

I think the only other thing I’d mention, and this is something that I remind myself basically daily, is to separate the act of writing with the business of publishing. There are so many things about publishing you can’t control. An agent or editor noticing your work, actually getting published, marketing and publicity…all of that. But writing you absolutely can control, in that it’s something you celebrate in your own way, for yourself.

Listen to Nathan read an excerpt from his short story, “Missed Calls,” published in Giganotosaurus in July 2021.