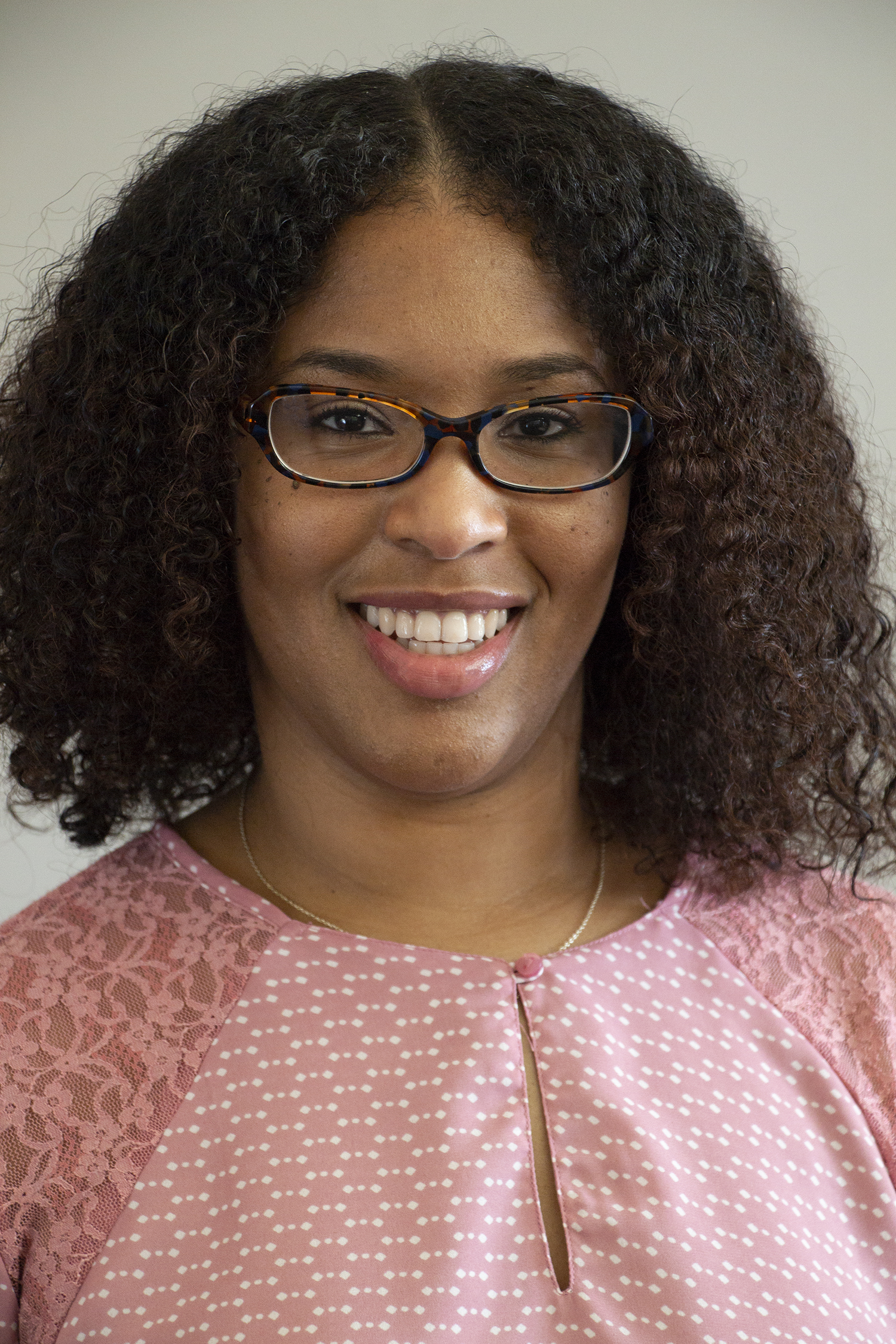 At Cambridge Common Writers, we’re always looking to showcase the many talented and accomplished alums who make up our community. In honor of Black History Month, we reached out to a few of our BIPOC authors to ask them about themselves and their writing lives.

Fabiola R. Decius graduated from Lesley’s MFA program for Writing for Stage and Screen June 2015. Fabiola R. Decius’ plays include “Haiti Chérie”, “Final Verdict”, “In Sync”, “Ice Cream Bucket List”, “Date Night Surprise”, “Chicksmas”, “Draped in History”, “Free Before Eleven”, “Consent”, “Black Jesus”, “Bus Stop”, MAN OF THE HOUSE, and FIGHTING FORGIVENESS, which have been produced and/or developed at Bryn Mawr College, Lesley University, the Boston Public Library, Our Voices Festival, Fade to Black Festival, the Roxbury Repertory Theater, Controlled Kaos Productions, the Office of War Information (Bureau of Theater), Company One Theatre, the Boston Theater Marathon, the Boston Center for the Arts Plaza Theatres, and the Boston Neighborhood Network channel. Fabiola was a Creative City grant recipient through the New England Foundation for the Arts in 2018, and founded Teens WRITE (Writing, Reading, and Investigating Theater Everywhere), which is a program for teenagers to write, revise, cast, direct, and produce original plays culminating in a Ten-Minute Play Festival. She is also currently a high school theater arts educator in the city of Boston. Fabiola graduated from Bryn Mawr College with a Bachelor of Arts, and received a Master of Fine Arts in Creative Writing at Lesley University in Stage and Screen Writing.

What drew you to the Lesley MFA program and what take-aways did you have from it?

I was drawn to Lesley’s MFA program because it is a low-residency program and I wanted to continue working my full-time job at the time. I remember visiting during residency on a Saturday morning, the day of graduation if I’m not mistaken. I attended one of Sinan Ünel’s seminars and they were discussing David Mamet’s Glengarry Glen Ross. I don’t remember the full extent of the discussion of this play, but I do remember the atmosphere. I felt at home and the other writers quickly welcomed me into the fold. It was at that moment that I knew this was definitely the graduate program for me.

There are so many take-aways from my time and experience at Lesley, but the biggest take-away is the relationships I built with many of my fellow stage and screen writers. I am thankful for them and for each of the faculty members who served as my mentors as well. They each taught me invaluable skills, which I will briefly recount.

I’ve already shared about Sinan Ünel and how he was one of the main reasons I selected Lesley’s MFA program in the first place. He was my final mentor and thesis advisor, so it was a full circle moment to start and end the program with him. He provided so much support and guidance in preparing me to submit my thesis.

Barry Brodsky re-introduced me to screenwriting and taught me how to critically analyze screenplays, and to this day, I am constantly creating beat sheets and thinking about plot structure in my head as I watch a movie because of him. He also suggested many classic films for me to watch, and during the semester in which he served as my mentor, I was watching five films on average every week. This was exciting though because I could always tell loved ones that I was not simply watching a movie, but also doing work.

Kate Snodgrass was very instrumental in forging some of my beginning relationships with local actors and directors in the Greater Boston area. Whenever I had opportunities for readings and needed to cast my play, with one swift email, she would help me assemble a team. Thankfully, over the years, I have been able to establish a working relationship with a few actors and directors on my own. However, I know if I were ever in a bind and still needed assistance with reaching out to theater artists, I could count on Kate to help with that.

Lastly, but not to be forgotten, Jami Brandli provided the right amount of tough love to get me through my third semester craft paper. Oh, how I hated writing that thing! But, it actually was how I developed the most with my writing skills. I generally don’t like conflict in real life, and as a result, most of the characters within my plays avoided conflict as well. And we all know if there’s no conflict in a script, there’s no tension, the stakes aren’t high, and the story is BORING. The topic of my craft paper was “Stay in the Room: The Key to Dramatic Conflict”, which I also presented for my graduating student seminar. After Lesley, Jami also taught a mini-semester, which I call my sixth semester, on the ins and outs of writing a biography and artistic statement, which I then used to create my New Play Exchange profile.

What is your writing process like? Do you have a particular routine or ritual to help you get into the writing zone?

To be honest, my writing process changes season to season. There are seasons that are fruitful and I write everyday, sometimes multiple times a day, and then there are seasons that bear no fruit and I am unable to create or write anything new. However, the ideas are always germinating and I have physical notebooks in addition to notes on my phone of random thoughts, character sketches, lines of dialogues, and story ideas that I can always refer to when it is writing season.

One routine I do have when I’m writing is to listen to music. In fact, I listen to music pretty much all day, every day, but it is absolutely crucial when I am writing. Typically, I listen to Hip-Hop, R&B, Rap, or Gospel music while writing. I like Reggae and Kompa too, but that type of music makes me want to dance more and write less. I like to think of music as the underscore of the scenes as I create them. And you might be interested to know that I’m listening to Beyoncé’s “Dance For You” song as I write this particular sentence.

What are some of your favorite books you’ve read in the past year?

This past year with the pandemic has been a whirlwind, but it has afforded me more time at home to catch up on reading and re-reading many books. My favorite reads from 2020 include: the Bible, Michael Todd’s Relationship Goals, Michelle Obama’s Becoming, Shonda Rhimes’ Year of Yes, Angie Thomas’ The Hate U Give, Jennifer De Leon’s Don’t Ask Me Where I’m From, Elizabeth Acevedo’s The Poet X, Dr. Bettina Love’s We Want to Do More than Survive, Maika Moulite’s Dear Haiti, Love Alaine, and a lot of scripts (plays, movies, and TV shows) written by BIPOC writers. Another favorite that I am going to take advantage in plugging is the Boston Theatre Marathon XXII: Special Zoom Edition Anthology, in which my ten-minute play, “Black Jesus”, was published last year.

Why do you write and what do you like to write about the most?

I write as a way to express myself. It has always been something I enjoyed, even as a young child. And, in terms of the things I like to write about most, I would say relationships, whether familial, romantic, friendships, or even that of strangers. Similarly, coming of age stories, race relations, stereotypes, and dismantling the status quo of “traditional” gender roles are also common themes and threads within my writing.

Who are some of your writing inspirations?

If you could get coffee with any writer (dead or alive) who would it be and why?

I would love to get coffee with Lorraine Hansberry because she’s legendary! The first Black woman to have her play, A Raisin in the Sun, produced on Broadway. This was one of the first plays I can vividly remember reading where the characters resonated with me. I felt like I knew them and that I could easily pinpoint friends and family members who shared similar traits and characteristics of Walter Lee, Ruth, Beneatha, or Lena.

Tell us a fun fact about yourself that does not have to do with writing.

I used to model and participate in pageants when I was younger. I learned how to sew and everything, and the goal was to become a fashion designer and model my own clothing line. By the time I became a senior in high school, I was somewhat over the modeling and fashion designer dreams, but I did become a contestant in my final pageant that year, which was Miss Massachusetts Teen USA.

What are you working on now? Is there anything we can promote?

I’m currently working on several projects. I have a two-hander full-length play tited Hope Moore, which highlights the grieving process of a Black mother, Taisha Williams, who is suffering the loss of her daughter to police brutality. The play takes place over the course of several sessions with Taisha’s therapist, Dr. Hope Moore.

I also started another project last year about the 2010 earthquake in Haiti to commemorate the fact that it had been a decade since the event, but after the pandemic hit, I lost some of the momentum for creating this play. It’s meant to be a verbatim play where I interview various survivors, their friends and family members who were affected by the earthquake.

Obviously I was unable to have in-person interviews and using video chat features seemed so impersonal at first, but it’s actually pretty effective and I am able to focus more on the interviewee’s facial expressions and emotions.

A few years ago, I received a grant from the New England Foundation for the Arts and founded Teens WRITE (Writing, Reading, and Investigating Theater Everywhere), which is a program for teenagers to write, revise, cast, direct, and produce original plays culminating in a Ten-Minute Play Festival. This summer, I’m going to host Teens WRITE in a virtual format and interested teens should reach out to me via email at teenswrite18@gmail.com to receive more information and updates.