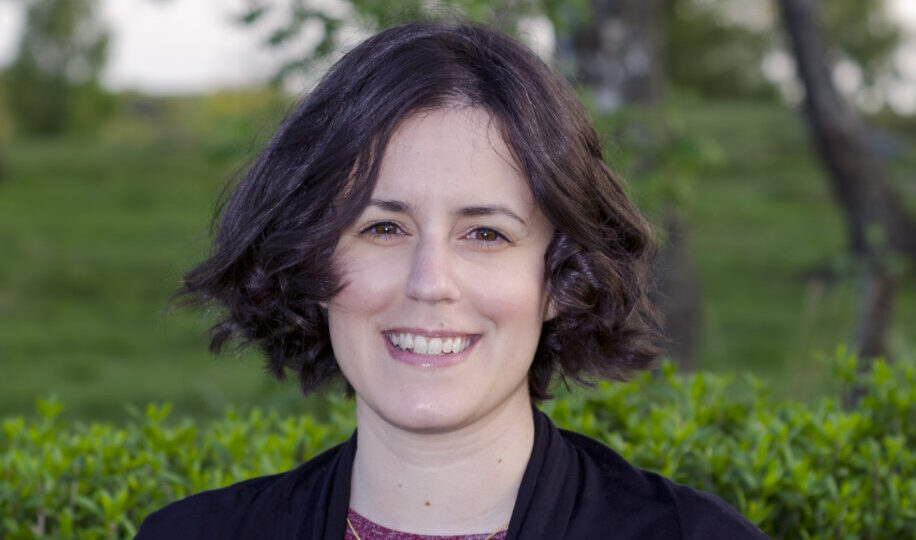 Rose Viña is a Cuban-American author originally from California. She received her MFA in Writing for Young People from Lesley University. Her debut picture book, Ice Breaker: How Mabel Fairbanks Changed Figure Skating (Oct 2019), was an SCBWI Crystal Kite Award Finalist. Her next book, Alicia Alonso: Dancing Through Darkness, will be published Fall 2021 by Albert Whitman and Co. She was a professional figure skater with Disney On Ice and Holiday On Ice. Rose is currently the head figure skating coach in Sweden where she resides with her husband, son, and puppy Jack.

Check Rose out at our Bookstore!

Tell us a little bit about your writing passions. What is it you love writing about the most, whether subject matter or a particular aspect of the craft?

I love writing about strong characters, and in particular if it’s a nonfiction picture book, then strong female athletes are my favorite to write about. They’re so inspiring! As for a particular aspect of the craft…I love the aspect of story development and growth. I find it fascinating that the first draft starts off one way and via a connection of multiple inspirational ideas, the story morphs into its “true” form, the final draft. I originally hated the editing process, but now I value it just as much as the creative drafting process and find I enjoy it much more now.

Speaking of strong female athletes, your debut book Ice Breaker, about the first African-American woman to be inducted into the U.S. Figure Skating Hall of Fame, Mabel Fairbanks, was named a Society of Children’s Book Writers and Illustrators Crystal Kite Member Choice Award finalist, and your upcoming book, Alicia Alonso Dances On, already looks like it’s starting to gain some positive critical attention. How do you choose the subjects of your books and what does it mean to you to be able to get their stories out into the world?

Yes, it was a Crystal Kite award finalist! So cool to have that honor as that award is judged by peers. I was also excited and surprised when the American Library Association named it a 2021 Rise honor book.

I usually choose the sport first and then dig into amazing athletes from the sport’s history. Although, in the case of Mabel I originally was researching a different figure skater and while doing so Mabel’s name kept coming up. Her name was popping up everywhere! I wondered, with several decades of skating behind me, how had I never heard of her? A few clicks and one image later, I realized I met her briefly as a kid at a competition. So ICE BREAKER quickly because more and more important to me; more and more urgent to tell her story.

ALICIA was originally written at Lesley! Susan Goodman pushed me to find a Hispanic athlete to write about, and David Elliott and I cleaned it up for my thesis. This story has been a labour of love for more than 6 years between mentors at Lesley, agents, editors, and myself. I cannot wait to hold the final product in my hands.

Getting these two strong female stories out into the world is a statement: “women are here to dominate their sports, no matter the obstacles.” I hope kids reading these stories will remember that for themselves when the time comes to give up or push harder to meet their goals.

What was some of the most important writing advice you received from your mentors during your time at Lesley?

From David the most valuable piece of advice was: “Just keep writing.” This advice was specific towards writing while waiting for his feedback, but the purpose behind it was for the future. He later told me that this will be key if I ever got an agent and/or published. There’s so much wait time between things, you just have to keep writing new things. You never know what might get picked up later.

With Susan there was a specific editing technique that we tried and I loved it so much I still use it to this day. I don’t know if she’ll remember it, but I labeled it the 180…(as in 180-degree). Basically, if a story is not quite working out you can take an aspect of it and 180 it. Example: POV not working? Completely change! It might even seem absurd, but try it and see what it does for your story. I’ve found new ways to liven up many of my stories through this technique.

And both mentors told me to write about skating and/or my heritage, which after graduating I took to heart.

I also remember a specific seminar with Jason Reynolds that went quickly. With the extra time he actually asked us what WE wanted to know. He included us in the conversation. He even said if any of us dared to dream big for an agent and had a great story, he would be willing to see it. He shared his email address with us that day (not sure if he commonly does that or not). I never did use that connection, although he offered it. But it stuck with me. His actions were saying, “We’re in this together. We are not competitors. We can help lift each other up.”

I also had a few phone calls long after graduation with Tracey Baptiste. She’s amazing. I adore her, respect her, and want to be her! She was never one of my mentors (she came into the program just as I was going out), but somehow she’s kind of become a guide to the agent/publishing world. God, I miss school now. I loved every minute at Lesley.

I’m glad you had mentors who encouraged you to develop your voice, and to include your heritage in your writing. Growing up, did you have any Hispanic authors you looked up to, or fictional characters you saw yourself reflected in? How has that changed now that you’re older and putting that content out into the world?

Unfortunately, I cannot think of a single Hispanic writer/author from my childhood that I read. Not a single one. I certainly grew up with Spanish music, food, and other aspects of culture, but books by a Hispanic wasn’t a part of that. When I think back to the first children’s book I ever read about my father’s homeland, Cuba, it was THE SURRENDER TREE by Margarita Engle. Which I absolutely recommend (she’s one of the “Dreamers” in a marketing group I created for diverse authors and illustrators, more info on that below).

But I read it as an adult, not a child. Now there’s many more books written and illustrated by Hispanics, but I don’t recall being exposed to that as a child. In fact, I don’t recall reading many books by non-white authors hardly at all. Maybe just a handful of African-American authors. I feel we’ve made good strides with changes like this in the publishing world since I was a kid, but more is still needed. I felt so strongly about it that last year I created a group called the DiverseDreamers. Our website is here and you can follow us on Twitter: @diversedreamer. The group is for authors/illustrators that identify with a diverse group (LGBTQ+, ethnic, cultural, disabilities, neurodiverse), and have a traditionally published book coming out in that given year (right now for books out in 2021). The group will continue each year with new members (or returning members if they publish again the following year). My goal is to keep this group going on and on and growing. We are currently open for new (& returning) members for the 2022 year!

Now that you’ve had a few years away from the program and have two books under your belt, do you have any writing or publishing advice for other writers that you wish you had known when you graduated from Lesley?

Number one would be: marketing. How to market a debut book. How to do it in the 21st century. How to keep it realistic so you don’t take on everything and get overwhelmed. I think many need to realize that publishers do not do a ton of marketing for books anymore. For Stephen King, sure! But for newbies? Not so much. Not that often. So knowing different ways to tap into social media/marketing/book launches would’ve helped me so much.

Heading into my second book I’m doing much better with my marketing approach. I don’t have nearly enough time for it as I would like at the moment (I have a one-year old at home and I work full-time), but I have learned a lot since my debut.

I think it’s also good information to know that the publishing world is slow. I don’t just mean once you get a book contract to when that book publishes (2 years is the standard). I mean nearly everything is slow. From writer to agent and editing rounds back and forth (if your agent even does that!!! Mine does, I’m super lucky- she’s amazing!!), to editing rounds with editors, to waiting on submissions out in the world…SLOW. Some things take months. Some things take half a year. It’s those times you just have to keep writing new work or editing old work. And sometimes it’s so random how things pan out. Example: my debut book sold 6 weeks after I signed with my agent. Book #2 took 18 months. We’ve since tried selling two other books, with nibbles and bites, but no offers for a contract. It’s been over a year waiting to sell a 3rd book.

It’s tough to wait. It’s tough to get “No’s”, but you have to have thick skin and carry on. The only way through the mud is through it! So I keep writing and I keep waiting. (Btw: my agent is amazing. She always responds in a reasonable timeframe- but while waiting writers need to keep writing!)

Just promoting my next book! It releases Oct 1st: ALICIA ALONSO DANCES ON.

Check out the book trailer for Alicia Alonso Dances On!