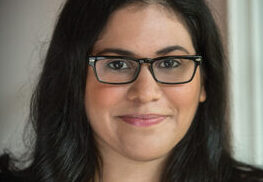 We at Cambridge Common Writers love to celebrate the diversity of our community, which is why we’re thrilled to be continuing our Spotlight series for Pride Month! Come and get to know some of our LGBTIQA+ alums as we ask them about their writing lives and the many wonderful projects they’re working on.

Sara Farizan is a graduate of the Lesley MFA program class of 2012. Her debut novel, If You Could Be Mine, won the Ferro-Grumley Award, the Edmund White Award, and the Lambda Literary Award for Children’s/Young Adult Literature in 2014, and was named to the American Library Association Rainbow List as one of the year’s best LGBT-themed books. Her other novels are Tell Me Again How a Crush Should Feel, which was again named to the Rainbow List for 2015 and received two starred reviews, and Here to Stay, which Entertainment Weekly called “a powerful YA novel about identity and prejudice.” Her short stories have been featured in several anthologies including The Radical Element, Fresh Ink, All Out, Hungry Hearts, and the forthcoming Fools in Love. She lives in Massachusetts, enjoys classic film, kayaks way too much, and thanks you for reading her work.

Check Sara out at our Bookstore!

What is the driving factor that gets you out of bed to write? What do you enjoy most about your writing?

I think being able to still find the fun in writing even when it has become a job is very important. There are some days where the words don’t come and I know that’s okay so long as I still make time to do it. Lately I’ve enjoyed using stories as a kind of time machine. Some days when I work I feel like a kid who has just learned how to tie their shoes or has realized they’re pretty good at a sport on the playground. Some days, I don’t feel confident. Other days, I challenge myself. Mostly I am humbled that there is so much I don’t know but that I still want to learn and keep trying.

Do you have any bad writing habits you’ve picked up over the years?

I am a huge procrastinator though I have heard that sometimes that is part of the process so I try not to beat myself up about it. I also have a tendency to introduce a bunch of characters to convey information and then forget about them/don’t develop them further. I worry that there is too much time in between my published projects, but I’m slow from all the procrastinating I guess.

I loved reading and story-time in the library as a kid. I also loved film, television, and radio. It’s in those story formats that passion formed and when we were made to write essays or do journal entries in elementary school it was always something I enjoyed and loved to do. I think one of the first books I read where I thought ‘wow wouldn’t it be great to write a story’ was Henry and the Paper Route by Beverly Cleary.

Day jobs, family obligations, life, but that’s important too, otherwise you’d have less and less things to write about. I try not to think that there are things taking me away from writing but that I’m trying to have as well rounded a life as I can to fuel the writing. I also have a tendency to watch too many cartoons and on days where I am in a bad mood or irritable I feel like anything I write is lousy. I make myself a lot of music playlists to get me in a writing zone depending on what scene I’m trying to write. Some of the playlists are very silly and embarrassing, but they get the job done. You’ll never know how much the Jerry Goldsmith score of Gremlins has really done wonders for a book I’ve been working on.

For you, what was the most valuable part of the Lesley MFA program that helped shape your writing career?

Meeting Chris Lynch and having someone believe in my writing who wasn’t related to me. Also being in a space with other writers who are all there to get better at their craft/have a passion you can’t quite verbalize but everyone shares.

I was pretty naive thinking okay if I publish one book I’ve got it made! I’ve learned that if you’d like to continue to write, whether published or not, you have to maintain discipline and keep working. It’s like having homework for the rest of your life, but if you enjoy it and love it, it’s the homework you don’t mind doing so much. I’ve also learned that nobody really has all the answers and we’re all doing the best we can.

I can recite all of Batman Forever. I won’t do it right now because of copyright issues, and also because it’s not the best Batman movie.

What are you working on now?

I’m hoping I will have more work out soon, but a short story collection I was a part of came out in October of 2020. If anyone would like to check it out, here it is.

Back in October, we asked Sara to sit down with her former WFYP mentor Chris Lynch to discuss the music and responsibility of writing. Click on the video to listen to two amazing authors talk about the impact of music on writing, adapting to new work schedules during the pandemic, how getting published affects one’s writing life, publicizing your own work through social media, and the responsibility of writing for young people.