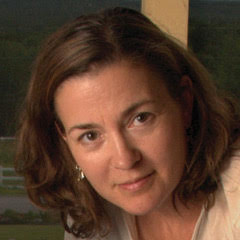 There is no shortage of talented women who make up our alum network at Cambridge Common Writers. In our continued Spotlight series, we highlight several of them in honor of Women’s History Month.

Lisa Gruenberg is a physician, medical educator and writer based in Boston. Her essays have been published in Ploughshares, The Intima, a Journal of Narrative Medicine and Michigan Quarterly Review.  Her short story, Keiskamma, set in South Africa, won the 2012 Massachusetts Cultural Council Artist’s Fellowship for prose. Her second-generation Holocaust memoir, a collage of photographs, letters, primary source documents, memoir, fiction and poetry was published by Cambridge-based TidePool Press in late 2019.  It will be rereleased in paperback and on Audible shortly. She is currently working on a series of novellas.

What drew you to the Lesley MFA program and what take-aways did you have from it?

I first began writing in my late forties.  I was suffering from depression and my elderly father, a Viennese Holocaust survivor, was having flashbacks and nightmares about the past.  Words and phrases came to me at night, often in the voice of my father’s sister, who disappeared into Germany in 1941 at the age of fifteen. I wrote them down.  After a while I had two epiphanies: 1. I could write. 2. I really couldn’t write.  An acquaintance made me aware of the Low-Residency program at Lesley.  I applied a day before the deadline and was accepted.  I made the fortuitous decision to attend, but like many things in my life, this was not a particularly considered decision. I was lucky.  I had three wonderful but very different mentors: Jane Brox, Tony Eprile and Rachel Manley.

What is your writing process like? Do you have a particular routine or ritual to help you get into the writing zone?

I am always struggling with this.  Circumstances: work (I’m a semi-retired physician and teach part-time at Harvard Medical School), helping care for a medically-challenged grandson, a recent accident (February 28th I fell off a sled and fractured my spine), and just laziness are always working against me.  I have four interlinked novels circling in my head.  Also a ton of material for another nonfiction piece on my mother’s side of the family. When I do really get going (the last time this happened was when I was constructing and editing the final draft of My City in 2019) I find a BIG chunk of time and set a schedule.  I write longhand in the mornings.  I type it out and edit in the early afternoon.  I put it away in the late afternoon—otherwise I edit it down to nothing.  If I have the energy, I outline later in the day.  We moved recently, so I’ve been going through earlier drafts of my memoir, bits of fiction and unfinished essays.  I’m organizing them by title, tearing pages out of notebooks, and throwing out a ton of stuff.  It’s going in a roller bag for when we head back to Denver to help with our grandson, who is on a ventilator and requires 24-hour care.  This sounds like a pretty desperate situation.  It is and isn’t. My grandson is actually a sparkling, fun-loving little boy who is developing normally on many fronts. In Denver, my husband and I live in a one bedroom apartment.  Distractions go down to a dull roar, and I anticipate being able to block out writing time then.

What are some of your favorite books you’ve read in the past year?

I’ve read a ton, but with Covid I have left a lot of books unfinished. But I adored Niall Williams’s This is Happiness, both reading it and listening to the audio version.

Why do you write and what do you like to write about the most?

I’m going to answer this as if I’m actually writing something new rather than just thinking about writing something new! Because most of what I write is sad or unpleasant, I really don’t have a great answer for this question. I don’t enjoy writing.  Alexander Chee, speaking in a workshop I attended, articulated an idea about why we don’t write. To paraphrase: there’s no such thing as writer’s block.  We avoid writing things we don’t want readers to think are actually our own thoughts or narratives. I actually dread first drafts, and do almost anything not to write them.  But around the third draft: well, I simply love rewriting.  I can disappear into that process of reordering, developing, rewriting, endlessly.

As above, fear—of failure but also the subject matter—that’s key.  Also laziness.  Or just the day to day of life. I’m hopeful I will overcome it again.

If you could get coffee with any writer (dead or alive) who would it be and why?

Jane Austen. I think she must have the most wonderful sense of humor.

I was a dancer; took classes into my fifties.  Arthritis and general creaky-ness has made this a lesser part of my identity.  But it’s still there internally.

What are you working on now? Is there anything we can promote?

Mostly I write to promote My City.  But I’m hopeful I will get back to four linked novellas spanning 1936 to the present. I’m drawn to people’s backstories.  Particularly parents.  Adult children find their parents difficult.  But those parents have their own stories that made them who they are. I’m also trying to write about my grandson, but that’s too personal right now. I write letters to my mother.  She turns 100 in May.  She’s still living relatively independently in senior housing. The isolation and loneliness from the pandemic has been disorienting for her.  She doesn’t do email or Zoom. It’s interesting to me that in the last years she’s lost a lot of her edge and has developed tremendous empathy toward me.  I’ll need to write about that.

My City of Dreams came out in hardcover at the end of 2019 and on Kindle in 2020.  Lisa recorded the book for Audible which was released in January.  The paperback and the second edition will be out shortly.